Daniel K. Hopkins, born February 24th 1992, known by the stage name Dipso, is a rapper/singer/songwriter from Cincinnati. Dan Dipso was born in Cincinnati, Ohio, growing up on the eastern side of town in the areas of Mt. Washington & Anderson Township. He has been writing rhymes and poetry since the age of 13, until recording his first song in 2008 at the age of 15 once joining newly formed rap group "College Prep" which originally comprised of 5 members, all from the same high school. Dan Dipso went on to record 7 mixtapes with College Prep until the group dis-banded in 2010. Even though College Prep was dead, the group continued recording music together as solo artists. After abandoning his old monikers, Dan started going by the stage name 'Dipso' as his new alias. As a solo artist, 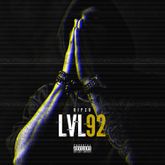