The Cyanide Syndicate is a collective of Seattle rappers who’ve finally come together after over a decade of friendship. They created this brotherhood to fuse their talents to make the best music of their allied careers. The Cyanide Syndicate is made up of rappers Nacho Picasso, Key Nyata, and producer Keyboard Kid. Growing up in Seattle, The Cyanide Syndicate brings together the rappers’ individual perspectives of a city whose history is drenched in some of music’s most unadulterated talent. The Cyanide Syndicate is the definitive sound of rap coming out of Seattle’s rawest crevices. This ain’t your afterschool special. They’ve honed their skills side by side out of the infamous 2312 Belltown studios in Seattle. Enduring the highs and lows of success, these individuals have now joined forces to put themselves and Seattle at the forefront of the rap world. Influenced by hip hop’s super groups Dipset, Three 6 Mafia, and The Wu-Tang Clan, The Cyanide Syndicate unabashedly delivers their North West lifestyle. Their upcoming self-titled debut project features production by Sango and holds up a megaphone to Seattle’s genre-blurring reality. From track to track, nods to their punk, grunge, and rap influences thread the project together in what becomes a melting pot of cultures and sounds. 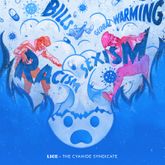 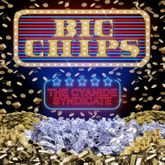 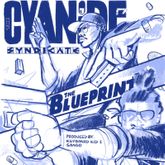 The Cyanide Syndicate The Blueprint