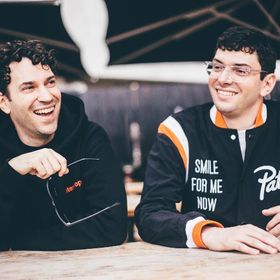 A Waste of Time w/ ItsTheReal

Today on Episode 40 of Quarantine Radio, we make calls from our Upper West Side apartment, first down to Atlanta to check in with Mr. Thanksgiving aka Barack O'Drama aka the mixtape legend DJ Drama to discuss the tiger that ran through Means Street Studio, the second most random animal to walk into the studios, what Gangsta Grillz projects ALMOST happened, how he celebrated his birthday inside this year, whether he'd be down to do a Verzuz battle and if so against who, what kind of records he'd break out, his predictions for Jack Harlow's hair during quarantine, and much more! Then we stay in Atlanta to connect with super producer Drumma Boy to talk about the making of 2 Chainz' Spend It, his appreciation of OJ da Juiceman, his work with Boyz n da Hood, whether we'll see another Ferrari Boyz project from Gucci and Waka, how Jeezy's Put On was inspired by Michael Jordan's Bulls, how ESPN's The Last Dance is bringing nostalgia to his current creative process, info on some blockbuster projects he's working on, and much more! And finally, we call out to Los Angeles to catch up with our friend DRAM, who breaks down his collaboration with H.E.R. and Watt, how he initially thought Chromeo was Jamiroquai, the friendship/mentorship he retains with Rick Rubin, talks about how his upcoming second album is finished, the ways he records from home these days, and more! See acast.com/privacy for privacy and opt-out information.

More from A Waste of Time w/ ItsTheReal

A Waste of Time w/ ItsTheReal#317: The Return of Aminatou Sow