Aunie aka Aunie2Dop3, was born in Hayward, CA and raised in the Bay Area. Aunie’s start in music can be credited to his older brother Rodney. Producing at an early age eventually evolved into Aunie becoming a well-rounded artist by his junior year of High School. Around that same time, Aunie co-founded the group SDP. SDP, the group and lifestyle, is an acronym for Success, Determination, and Progress. Sometimes referred to as Smoke, Drink, Party, SDP wants to create and releaste the type of music that uplift people who are at low points in their lives, as well as get the party rocking. “2015 is the year to push for greatness” . - Aunie2Dop3 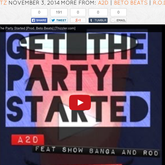 Aunie2Dop3 Get The Party Started 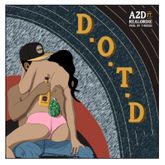