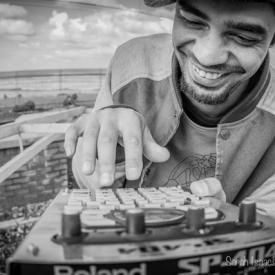 I first met Endz back in 2005 or 2006 when she was putting her first album together called 'Kingdom of the Next' (2006). She is one of very few dope female Mc's in South Africa, although her skills most definately trancends gender.When i heard her for the first time i remember being really impressed. We met through Eavesdrop while Endz was busy recording her album. She had a few problemswith the guys originally working on her album, thats how i found myself working with Endz in the lab to complete her album. Credits: Written by: Endz the Otherness Produced by Arsenic Recorded by Arsenic at the Metalloid Lab Cape Town(2007) Mixed and Mastered by Gary Arsenic at the Metalloid Lab Endz info: Facebook: www.facebook.com/pages/The-Othern…/145374768818277 Soundcloud: @the-otherness

More from Arsenic The Maniac Metalloid

Hidden Formulas Vol4...Ear to the Street

Feat. The Right Hand and The Archetypes