All Tyme is an underground hip hop artist who has been grinding in Texas for years, and in the past has garnered praise and respect from Young Bleed, Fiend, Headkrack from Dish Nation, and many others! All Tyme is a self-proclaimed "student of hip hop", who listens to rappers , from the East, West, Mid-West and the Dirty South. He is heavily influenced by artists such as Devin The Dude, Wu Tang Clan, Juvenile, Slick Rick, 2Pac, Biggie, and a whole wide variety of various musicians of different genres. He built his own recording studio slowly over the course of several years while at the same time trying to raise a son of his own and working various odd end jobs. 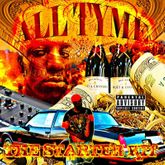 All Tyme The Starter Kit 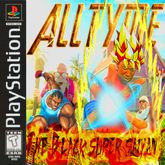 All Tyme The Black Super Saiyan