Aric "$aint G" Gaston is a 19 year old Virginia native. $aint's influenced by artists such as Nas, Biggie, A Tribe Called Quest and many others that set the foundation of hip-hop. He is also influenced by artist outside of the hip-hop culture such as the Gorillaz, Fred Hammond, and more. In his own music he wants to give listeners a crisp, euphonious sound that sticks to the roots of hip-hop. 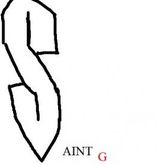