Agholor Etumudon Junior who goes with the stage name INTERNATIONAL SLIM is a Nigerian fast rising Afropop singer and a song writer,born on 16th May 1993 and did his secondary education in Ikoyi Lagos Nigeria,afterwards he proceeded to the University of Benin in Edo state where he studied computer science.He started his music career in 2015 as a church singer in his university days. and that was an interesting eye opening for the path he choose which’s music.He gained a bit of fame and foundation.In 2017 he released his debut single titled addicted which gained massive airplays across the city and announced him as an independent artist that was when he was opportune to grease so many stages with his bliss performing on big stages like The wazobia carnival ,The pan Africa beauty page etc. 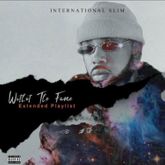 International Slim WITHOUT THE FAME ( WTF )