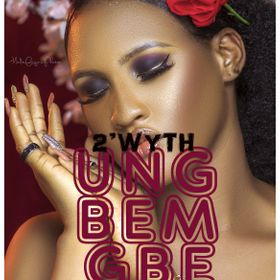 HISTORY AND ETYMOLOGY OF UNGBEMGBE Ungbemgbe is one of the tropical plants, which bears "flavour-tripping" fruits, which taste several hundred times sweeter than sugar. Ungbemgbe bears areal fruits just like guava, mango, orange, etc. trees. Through the years, Ungbemgbe has been used for drinking garri (a powdery substance obtained from cassava tubers) instead of fish. It is also used for drinking overnight palmwine to improve the taste of the palmwine. The moment you eat Ungbemgbe, every other thing you eat or drink, including water, becomes sweet. Its after-taste is very strong and long-lasting in the mouth. It has been proven scientifically that Ungbemgbe is sweeter than sugar and honey. There is also another fruit called Ukalabem, scientifically called Aframomum, which is used to complement Ungbemgbe. Ukalabem is a red fruit (when ripe), of a ginger-like underground stem. These

2'WYTH GBEDUPOET has no other uploads.

The best albums of the year on Audiomack....

Metro Boomin, The Mavins, Babyface Ray, brakence, and Tiggs Da Author all have albums you need this week....

The Georgia artist gets real about his bubbling sound....

The Haitain artist showcases his “special vibe” with DJ Stakz....

These are the top artists, songs, and albums on Audiomack in November....